Tips on how to win over the Aquarius zodiac woman

The Aquarian woman likes independence; she should never be closed in. Aquarians are seductive, attractive, capricious and unconventional. She looks for an unconventi... , 2020-10-11 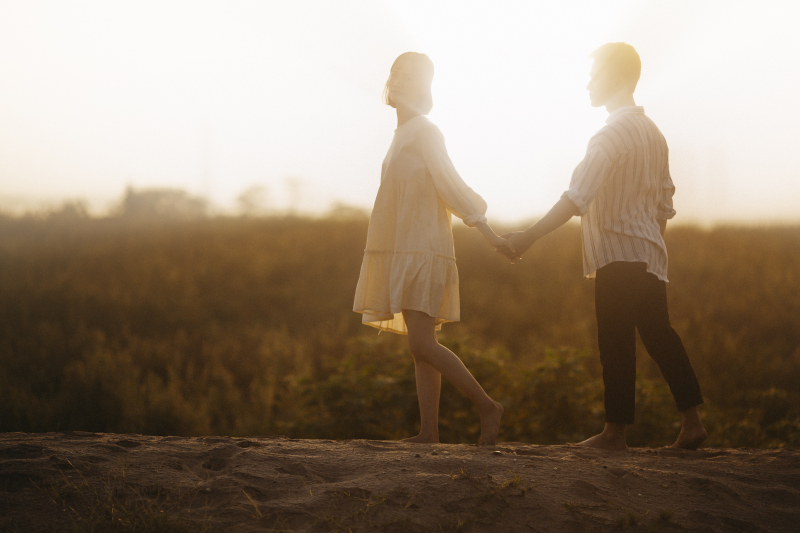 The Aquarian woman likes independence; she should never be closed in.

Aquarians are seductive, attractive, capricious and unconventional. She looks for an unconventional person in her partner, who arouses her interest.

She should be won over more by companionship and friendship than by seduction and love. Sharing common activities and showing altruism is important.

She is not interested in excessive romanticism and emotions, so it is possible to spare her that. She rather likes coolness.

In a relationship with an Aquarius woman, you surely need to know what you're up against. That's because an Aquarius woman is simply a non-conformist. Apart from that, she is not a partner who would usually stay long in a marital relationship if she doesn't understand the adequacy of what it takes to maintain it.

This zodiac sign is ruled by Uranus and Saturn, and women born with it tend to be less desirous of long-term commitment and do not wish to be held back by traditions and conventions. They are the ones who love to think differently and seek to do things differently, even if their approach sounds or looks uncomfortable to observers around them.

Everyone has their set of ideas and ideals and strives to achieve them. However, the reality of the event sometimes makes us change our plans and adapt to what is obtainable and realistic. An Aquarian woman continues to live and operate in her established utopia regardless of what the reality on the ground may suggest.

An Aquarian woman can do everything she needs to do without leaning on anyone. And more than being independent, she is a great humanitarian and fighter for social justice. You will always find an Aquarius woman at the forefront of campaigns against any form of oppression or injustice.

Such a great personality certainly deserves someone to match her in independence, elusiveness and intelligence. In general, people with air signs are very intuitive and brilliant.

To know more about this point you can read: What is it like to be in a relationship with an Aquarius woman?

Signs not compatible with Aquarius woman

A Taurus man would be a negative match for an Aquarius woman. That is because Taurus personalities are quite stubborn and like to give credence to traditions and conventions. The Taurus individual loves exclusivity and commitments, and these traits go in opposite directions to those of an Aquarius woman. In addition to this, an Aquarius woman's quest for popularity and social acceptance is an easy way for an earth-ruled Taurus man to get sidetracked.

It is also not beneficial for a Cancer man to pair up with an Aquarius woman in a love relationship or marriage. Although this zodiac sign is very rare, people born with it are known to be affectionate and love affection. And for an Aquarius woman, that is the last thing she wants. The show of affection can make her feel uncomfortable, and in an attempt to be herself, she may start taking the Cancer man for granted.

Another negative combination for an Aquarius woman is with a Virgo man. Virgo, being an Earth-controlled personality, detests crowds and is very introverted. As such, being in a relationship with an Aquarius woman who loves attention can be unpleasant. However, there is one trait that connects the two signs, and that is a love of brilliance and humanitarian services. Compatibility in marriage would only be possible if both are ready to compromise.

An Aquarius woman and a Scorpio man are not the best match either. Scorpio individuals are intensely ambitious. For an Aquarius woman, a Scorpio man is not only cold but also controlling. This trait, on the other hand, is interpreted by a Scorpio man as pride and jealousy. In general, the two personalities can be at odds if one is unwilling to compromise with the other.

A pairing between an Aquarius woman and an Aries man would be a good idea, especially if the couples are willing to make things work by doing more in the way of romance. The reason for their compatibility is that both personalities love to be independent and equally share a great sense of humour. The only time friction can arise between the duo is when either of them tries to dominate things over the other. However, the Aries man would have to look against his tendency to crave more attention as he is prone to do so over time.

Another good pairing for an Aquarius woman would be a Gemini man. Both Gemini and Aquarius are air signs and are often equal in their intellectual and comic prowess. This connection allows the couple to get along easily in the initial stage of their relationship, but if the relationship lasts, the Aquarius woman should work harder to be romantic. Both signs have intimacy as their mutual weakness and would have to work to make their relationship perfect.

In the same vein, a Libra man would pair well with an Aquarius woman. There is hardly any other zodiac sign that is as compatible with Aquarius in intelligence and physicality as Libra. Both air signs love to express themselves and detest being bound by anything or anyone. The main source of concern with an Aquarius woman who is in a relationship with a Libra man is the fact that Libra people do not believe in spending for humanitarian purposes like Aquarius. As such, both partners must find a way to manage their resources to avoid conflict.

How the Aquarius woman is in a relationship

Inconsistency and confusion describe the profile of an Aquarian female's characteristics. The same goes for her love life as well. She is very loyal, but at the same time, she is also a bit distant and not extremely emotional.

She will compromise and remain faithful too, but don't try to tie her down. Let her enjoy her freedom and in return, she will come back to you when she tires of her expeditions. Her dreams are very different from those of a normal woman and she hums a different tune, one that most of us have never even heard of.

An Aquarius woman is like a butterfly, she sits on every flower, but belongs to none. She loves her freedom and if you can accept this, she will love you even more. Within her unlimited limits, her love will also be unlimited.

If you want him to fall in love with you...

Position and power matter more to him than money and bank balance. If you want him to fall in love with you, be sincere and honest, not only with others, but also with yourself. You don't need to follow their rules. You can form your own code of ethics, but make sure you live by them.

Passion is not one of the personality traits of the Aquarius girl. Rather, her love will be subtle and simple. She is intense, but may prefer to be platonic most of the time.

Hosting and attending parties comes naturally to her and will always be a social delight. She will trust you completely and will not be suspicious of your activities. Nor will she be bothered by jealousy or possessiveness on your part. Her trust stems from the fact that before committing herself, she has dissected your behaviour under the microscope.

If you are unfaithful with the Aquarian...

Only after she is convinced of your integrity will she take the next step. Still, if you are unfaithful to her, she will be very hurt and is likely to remember the hurt for a long time. With an Aquarian woman, out of sight means out of mind as well. So, make sure you are always around.

She has very strong will power. If she thinks the relationship is not working and has no chance of improving it, she will break it off immediately, although doing so could tear her heart in two pieces. Like all Aquarians, she will remember her first love throughout her life.

Loyalty and honesty of the Aquarius woman

She will never ever be dishonest in a relationship and even if she gets involved in an extramarital affair, it will be over before it begins.

He will always try to know your deepest thoughts and secrets, but his own dreams will be beyond your reach.

You can read more about this aspect here: The fidelity ofAquarius woman

Conversing with an Aquarian female is usually a delight because of her charming manner. Her mind is quite unpredictable and you will find it difficult to keep track of her. She will live in the present, then suddenly feel melancholy about yesterday, and then get excited about tomorrow.

He may talk about fairies one day and dismiss elves as nonsense the next.

He respects you and will expect the same in return.

It is not easy to convince her to get married

Convincing her to marry is certainly not an easy job. You will also have to teach her romance, as expressing emotions does not come easily to her. She will happily hold your hand and walk beside you, but don't expect her to look you in the eye for hours.

Don't smother your Aquarius girl with too much closeness, she needs her space and she will give it to you, yours too. Things like suspicion, possessiveness, chauvinism and criticism turn her off. Just be nice to her strange gang of friends and she will warmly welcome yours into the house.

Make use of her intuition and insight, she may help you solve a problem or two. It may seem like wishful thinking now, but remember that she looks to the future. Hold her hand and she will let you see the future too, where you are both living together!