The Aquarian man is more inclined to friends than to love, therefore, to win him over, he must be approached in this way. The Aquarian's partner should not expect him to b... , 2020-10-11 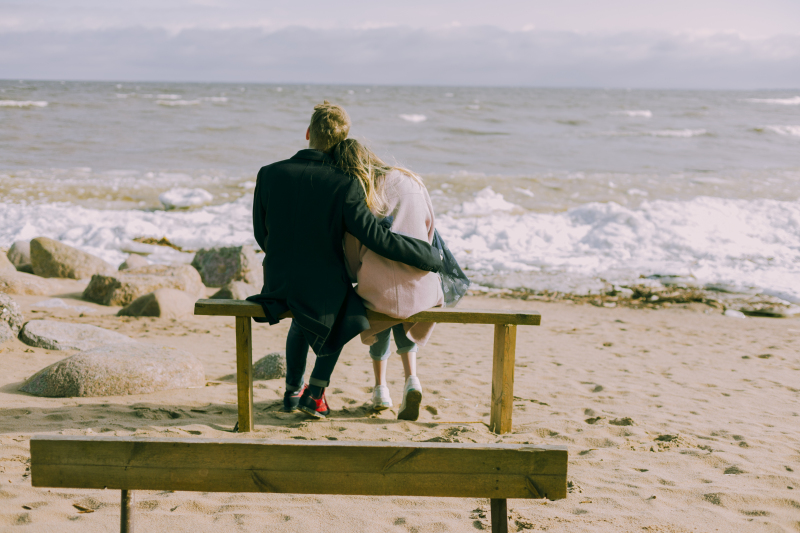 The Aquarian man is more inclined to friends than to love, therefore, to win him over, he must be approached in this way. The Aquarian's partner should not expect him to be either passionate or very demonstrative of his affections.

To seduce the Aquarius man, it is important that you enter into friendship: sharing things, companionship, etc. It is important that you always respect his freedom and independence, you should never lock him up because he will run away.
You should
never try to change him, because not only is it not possible, but he dislikes it.

It is important to be original in order to conquer the Aquarian male; show him intelligence.

Whoever wins him over must understand that Aquarians are, by nature, unpredictable and unconventional.

When it comes to marriage, the Aquarius man will be a loyal and highly reliable partner for life. As we said, this sign is very independent and the man under this sign will often choose his freedom over some kind of relationship.

This man dislikes pretense and dishonesty more than anything else, so trying to make you the woman of his dreams by pretending to be someone you will never be with will never work.

If you want an Aquarius
man for the rest of your life, there is no need to pretend. Don't show off and don't even think about lying to him.

Once you lose his trust, you will never get it back. If he realises you are worth his love, an Aquarius man will do anything to make you happy emotionally and sexually.

Tips on how to attract an Aquarius man

An Aquarius man can be so unpredictable. If you have any kind of relationship with one, don't be surprised by his frequent mood swings. At some point, if you piss him off, an Aquarius man can start World War III. And at another, he can be a soft, cuddly kitten who craves love.

Of course, there is an exception to every rule, but we will try to give you some useful tips on how to sexually and emotionally attract an Aquarius man so that he will be your choice for your only woman among all the other women around him.

If you want to know more about sex with this man I suggest you read: Making love to an Aquarius man

As we said, the Aquarius man likes to keep things simple. Don't force him into a relationship first, give him some space. For them, it is important to have someone who is friendly and the first to form a friendship and then, perhaps, a relationship.

Simply put, an Aquarius man wants to get to know you better before he opens up to you. The Aquarius man is a social and gregarious person, and loves to hang out and mingle with other people. But interacting with someone emotionally is too heavy for him. So be very patient and don't chase him. Be there for him, show yourself to be a good friend and let him chase you.


Be strong and unique

Every person in this world is special in some way. You just need to find out what separates you from everyone else and show an Aquarius man how special and unique you are. This will surely ignite his curiosity.

This sign is a bit "quirky" by nature, so he wants to find someone to enjoy your "craziness" together.

Show him sides of yourself that you normally hide. You should know that he is attracted to the truth and unusual people, but he can't stand manipulation and simulation.

Make it clear that you love him. Learn how to stand up for yourself. This is how you will get his attention.

Show an Aquarius man that you are strong and independent. That would be enough for him to consider you for something serious. After that, give him plenty of space and time to get to know you a little better.


Agree that you two don't see eye to eye

According to previous
advice, an Aquarius man wants a strong, independent woman who can hold a serious conversation. This man is witty and very intelligent when it comes to having a deep conversation and loves to debate and have an intellectual exchange. However, if you want to start something with an Aquarius man, you should take the initiative and talk about philosophy and some social and other problems of humanity.

This man wants to change the world, and a woman by his side should follow him. If you want to attract an Aquarius man, be prepared for hours and hours of conversation. This man likes to listen to what you have to say. Don't hesitate to argue with an Aquarian, to prove that you are right.

Stand up for your beliefs and principles, but don't expect to change an Aquarius man's mind. Don't emphasise the point. This man loves an independent thinker. This may seem a bit sadistic, but you will have a better chance of attracting this sign by confronting him.


Being a mystery he wants to solve

An Aquarius man is turned on by unusual people and strange, yet unconventional ideas. He will be attracted to you if he finds you interesting in some way.

Perhaps you have an unusual hobby or have a special talent for something. Maybe your strange ideas will make him think more of you, who knows.

If you want to seduce the Aquarius man, you must present him with some kind of mystery. Intrigue him in some way and he will want to know more about you.

Intrigue him sexually, be mysterious about his dreams and fantasies. Trust us, if you do this the right way, this man will pursue her like no other!


Seduce him with emotions? No.
It's
not that an Aquarius man doesn't have any emotions, this man just doesn't understand how to show them. As we said earlier, they are not for a person destined to be engaged to a single woman unless he finds you very, very special. So, ladies, hold your emotions for now.

If you show him all your love and affection here and now, it will not help you seduce an Aquarius man. On the contrary, it will make this man run away from you.

Don't appear too soft and so damn sentimental. An Aquarius man finds emotions difficult to relate to, due to his logical and rather detached nature. He is uncomfortable with people who openly express their feelings, so keep him in mind!

An Aquarius man gets bored very quickly and it is very difficult to keep his attention unless you are super fun and can go on and on having intellectual conversations. This sign has many interests and enjoys adventures.

Find ways to surprise an Aquarius man with original and whimsical gestures, which are likely to delight him and keep him wondering what will happen next. Use your knowledge to intrigue him.

Go on a picnic to a wild, hidden beach. Go bungee jumping or anything that gets his adrenaline pumping. The key is: an Aquarius man should never be sure what his next move or surprise is.

This small uncertainty will have a positive effect on his thinking about you and he will start to look at you differently. If you are positively crazy, like him, then the two of you are a perfect match.

I suggest for this point to read also: What gifts to buy for Aquarius man


Jealousy is a big NO

We totally understand why you are attracted to an Aquarius man and why you read tips on how to seduce him :)

Sometimes this man can be really adorable, you just can't resist him.

Aquarius man is a proven lover, and for him, a woman presents a trap, not a hunter.

If you want to seduce him, it's all about him getting lost and chasing you. Don't be too annoying if you lose his presence, just calm down.

Be as cool and detached as he is, the Aquarius
man does not want a needy, jealous or aggressive partner. This sign is a strong and independent man and therefore needs an independent woman.
A woman with an open mind and who lives on her own, to be by his side. Try not to push him too hard. Because sometimes an Aquarius man can do the opposite of everything you have been telling him, just out of pure spite. Although this is not his general characteristic, sometimes the Aquarius man can be very stubborn.

The Aquarius man is not comfortable when it comes to emotions, but sex is one of the things he enjoys at any time.

This man will give you every part of his body if you catch him, this sign does not have a certain type of woman because the Aquarius man loves all women.

The Aquarius man can have sex anywhere and anytime. So he is looking for a woman who will follow him both intellectually and sexually.

With this man, always be prepared for some action. If you make this experience unforgettable for this man, he will miss you like crazy. The Aquarius man will count seconds until your next date. So, be smart and use some feminine tricks like every woman and make him think about you all the time.


You can't live with him

All sun signs, like Aquarius, love to be free and require freedom to be themselves and express their individuality, so if you manage to seduce him, well, you're special girl!

Many women have gone out of their way to get the attention of an Aquarius man, and some of them wish they hadn't because the Aquarius man is not for everyone.

This man will miss you sometimes, but when he bothers you, you will want to kill him for sure. Either way, you simply can't do without him.

Finally... Is he in love with you or not?

To answer this question you should read our article: Aquarius man in love: 10 ways to know if he likes you and how he is in love.