Tips for making love to the Sagittarius zodiac man

Sagittarians like fun, adventurous and novel sex. Making love in different places, even risky or fun, will delight him. He is a man who dares to be different; to turn h... , 2020-10-11 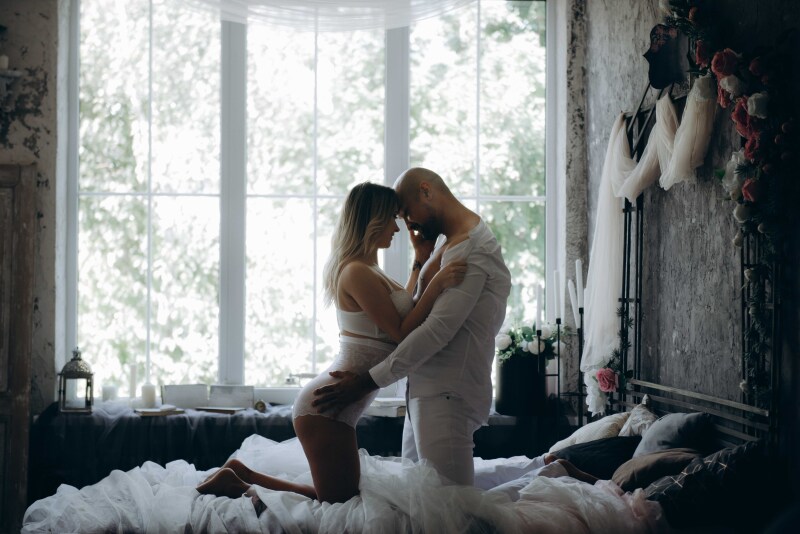 Sagittarians like fun, adventurous and novel sex. Making love in different places, even risky or fun, will delight him.

He is a man who dares to be different; to turn him on, it is essential not to be routine. Bringing him different proposals excites him. They hate boredom; sex time for him should be pure fun and laughter.

The Sagittarius man is direct and his partner should be too; so always talk about any problems that arise on the sexual plane.

The Sagittarius man in bed

While in bed, the Sagittarius man is very wild and passionate. He prefers experienced women rather than virgins.

He is always eager to learn new things and also makes use of his knowledge in various things.

While in bed, he enjoys foreplay and flirting with his partner.

Sex for him is very important and, after every sexual act, he makes sure to ask about his performance. He does not want to disappoint his women sexually.

While in bed, he is a very skilled and passionate lover. He is quite brave with his sexual acts and prefers a woman who is confident enough to make the first move.

He is also quite liberal and open to any idea of lovemaking however wild it may be. With a Sagittarius, one can fulfil all kinds of crazy sexual ideas and fantasies. With him, you can try the craziest of sex
accessories, sex toys, weird positions and exciting places.

For a Sagittarius, his partner's sexual satisfaction is equally important and he will never leave her without reaching his orgasm. Routine sex is very boring for him.

Although, he is not very wild while making love, he can be very unpredictable and full of surprises. Sagittarius men have a great sexual appetite and are not afraid to talk about their sexual preferences with their partners.
They
have huge libidos and can have sex more than 3 to 4 times in a day. For them, sex is just for fun and they are not even moral or ethical about it. They don't mind having sex with multiple partners at the same time.

A Sagittarius man loves to have deep and intense sex in different environments apart from his home.

He loves to engage in foreplay and also loves to experience the extraordinary.

A Sagittarius man can easily get you to talk about your sexual fantasies. For them, it is also important to know the sexual preferences of their partners.

For a Sagittarius man, sex can be emotional and it can also be fun. If he wants to, he can easily detach himself from emotional
sex.

He likes novelty in his sex life and conventional forms of sex bore him very quickly.

If sex or the relationship becomes too stifling for him, the Sagittarius man quickly pulls away.

He often engages in teasing and laughter, even during foreplay. They make sure their partners are satisfied and for them post-coital conversations are also very essential.

They, more often than not, talk about their philosophy of life after a satisfying sexual encounter.

What turns off the love of a Sagittarius?

A Sagittarius man can be turned off by certain traits in his women. These are the traits to avoid:

* A woman who gets too clingy or emotional while in bed.

If he doesn't have his space in the marital relationship.

A woman who tries to tell him what to do and what not to do.

A woman who tries to define their relationship even if she is not married.

If a woman tries to jeopardise his freedom.

If a woman tries to move forward in the relationship too quickly and against his wishes.

A woman who is too predictable bores them. They want fun, adventure, mystery and excitement in every relationship, even in marriage.

1. A Sagittarius man loves to be adventurous while making love. He loves sex in different positions and different places in his home or anywhere outside the home. Sex in bed is fine, but he gets bored with the routine missionary style.


2. Show him your wild side by dressing up as a typical Indian bride and lie on the bed but without the clothes! Yes! Turn him on and ignite his passion by wearing lots of jewellery. Watch how you awaken the animal inside him!


4. Do some role-playing while he's in the bedroom. For example, a doctor-patient control role-play. A teacher-student role-play is also quite fun. All of these are nothing more than fantasies. They add sparkle and spice to your sex life and are essentially loved by the Sagittarius man.


5. Sexy lingerie. Provocative and revealing lingerie sets will arouse him. Wear thongs, thongs and other lingerie sets to set the bed on fire!


6. Sex somewhere adventurous. Ever thought of having sex on the rooftop or balcony while everyone is asleep? It's fascinating, exciting and quite adventurous. Plan a secret getaway with your Sagittarius man and surprise him with a fascinating place out of the city and the crowds. Who said a bed is always necessary? Do it against the wall, on the lawn and on the kitchen table too!


8. Sensual massages. Instead of getting a massage from him, try giving him a massage. You'll enjoy how the light touch of your hands on his genitals makes him come.


9. Foot fetish. A Sagittarius man's gaze is always fixed on women's legs. Wear stockings while trying to turn him on. Also, he loves to have sex with women who have heels on.


10. Tie him up. If you want to try something really kinky, then try tying him up and teasing him until he begs you for nothing else. This could be fun and be a rough and adventurous sex sport, your Sagittarius man will love it.