The Piscean man is very sensitive, he sees everything in roses. It is important that, when conquering a Pisces man, you don't destroy his dreams, his world of "roses&... , 2020-10-11 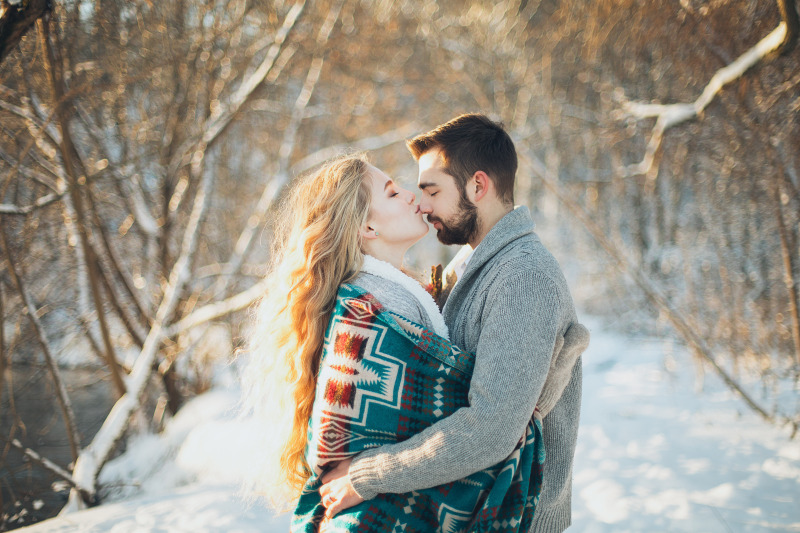 The Piscean man is very sensitive, he sees everything in roses. It is important that, when conquering a Pisces man, you don't destroy his dreams, his world of "roses"... but at the same time he is practical, so it is important that you "bring him down" to earth gently.

Winning his trust is more than important, you can never win a Pisces man if you have not won his trust before.
He
needs affection and romance, he also likes peaceful and quiet
environments. You should know that Pisces is silent and loves that silence. Therefore one way to seduce him is not with questions or big talk, but with gestures, looks and demonstrations of affection.


Why choose a Pisces man in the first place?

The main advantage of a Pisces man is that they are incredibly romantic and attractive. If you are looking for a long-term relationship based on mutual affection and genuine concern, then he is your man, the Pisces man.

He is deeply romantic and will invest his heart and soul into a relationship. If you are just looking for fun or are not very serious, then Pisces men are not your type.

Rather, if you are looking for a life partner and soul mate, Pisces men are the best to bring you back to life and back to bed.


What attracts you to the Pisces man?

You will find them extremely generous, kind, loving. You may want to know about all their anxieties and worries.

They are attracted to women who arise to need protection and support from him.

For him, love is like a castle where he and his wife are safe from the cruelties of the world.

To put things in the context of a relationship: if he is going on holiday, he may be exceptional in choosing a wonderful itinerary of places and things to do, but his partner has to remember the plane tickets, passport, car rental and insurance.

Pisces men are very sensitive, so always try to approach them gently.

Pisces man has a very meticulous taste. Know how to attract a Pisces man and be the only woman right for him.

Pisces men like to flirt. They act naturally in seduction, and enjoy it just as much when women flirt. If she looks him straight in the eye, flashes a captivating smile and winks at a Pisces man, it's enough to drive him crazy even in bed.

2. Don't push Pisces against his will.

Pisces men are secretive and mysterious, but never force him to reveal everything that is going on in his mind, this can drive him crazy and not in a good way. The fact that a Pisces man keeps to himself does not mean that he is disloyal or cruel, but only in his personality. Keeping things to yourself is in his nature, and Pisces men don't like to be pushed around by women.

3. Don't be shy about complimenting a Pisces man.

From something as simple as laughing at the Pisces man's jokes to dropping a message that "you look good at the meeting!", it all pleases him and attracts him to a woman.

Let the Pisces man know he's wonderful and he'll be yours.

4. Don't annoy the Pisces man by working too much.

When it comes to work, Pisces men are highly motivated. They find it difficult to simply switch off easily, it's also because they have no interest in taking a step back.

If you annoy him by telling him that he works long hours, this could discourage him, as he thinks that his women don't want him to make it in life.

A perfect woman for Pisces men would be someone who already has her own set of goals. A Pisces man works hard, plays hard and is attracted to someone who is as eager for his success as he is.

If you show that you are willing to go all the way to the top, then he will throw himself into your arms.

5. Try not to be superficial with Pisces men.

If you care more about materialistic values and what's on the outside, be aware that this could be a big obstacle for a Pisces man. They prefer the intelligence inside your head to your hairstyle.

Unfortunately, vanity is everywhere and can't be avoided, but practice mindfulness when you are around him to attract him. If you go on your first date with him, then it shows that he has seen something in your personality that he liked. He is not the kind of guy to date just because he is wearing expensive shoes, that's for sure.

6. Pisces men are attracted to art and history.

You can't become an expert overnight, but if you want him to be attracted to you, you should at least show an interest in art history. The Pisces man loves to spend his time in galleries or at the modern art museum, and if he knows that the woman with him enjoys it too, this will keep him happy.

7. Give your Pisces man plenty of space

Mood swings are a given when you date a Pisces man. The problem is that you won't be able to find out what bothers him, as most of the time he doesn't know himself. You should avoid getting into a bad mood, instead, you should go somewhere with him with friends and enjoy yourself, as they are naturally negative creatures.

8. She must have a charitable side to attract him.

Pisces men are very charitable by nature, and generally enjoy giving back to society and people in need. There are many behaviours in which you can get involved in charitable works without making physical donations, donating your time to help raise funds, helping in sales or taking old clothes/books/shoes to charity shops to help people in need. The great side of engaging in such habits is firstly you will make your Pisces man happy and you will feel elated too. Consider it a double win.

9. Flaunt your success to attract him

You should try to increase your success modestly; this will make Pisces men feel attracted to you. Pisces men like successful women.

Walk with confidence, keep that demeanour of professionalism about you in the air and he will find you hypnotic.

A humble boast will bring a Pisces man closer to you, but keep in mind not to overdo it.

10. Be an excellent hostess for your man

Pisces men like parties that are if all the guests who attend are a benefit to him. What he wants is for someone to be able to host the party well.

Being the best hostess is not just about preparing delicious food and keeping the drinks filled, but rather about making the guest feel welcome and comfortable. When the party is over, he might help you in the kitchen. He will be surprised to see how you handled everything and will be naturally drawn to you.

11. The Pisces man enjoys his time when he is not surrounded by the crowd.

Allowing a Pisces man the alone time he needs is perhaps the biggest challenge you will face. Such a man requires a lot of time to himself. When the Pisces man reappears, your relationship will be stronger. Instead of chasing your man, let him have his own time, then you won't regret it.

12. Be prepared to be the manager

One of the truths you will realise about the Pisces man is that when you are in a relationship, he is not the one who calls the shots. In his professional life, the Pisces man is on fire and autonomous, but when it comes to his personal life, he struggles to take control.

Try to start planning dates in advance and let your Pisces man know what plans you have made. Instead of relying on him like asking "what food would you prefer?", ask: "would you like to have Spanish food?", you'll save time, and he's perfectly fine too. A Pisces man will find it's okay for his partner to make the decision.

13. Don't indulge in gossip
Listening to gossip is a major turnoff for any Pisces man. If you love to get the scoop on office romance and spend hours in the afternoon with magazines, then this could be an activity to enjoy on your own time. There is a big difference between venting to an individual and simply repeating the lies you have heard about them. A Pisces man finds such chatter and wasted energy distasteful; try to hide such gossip when you are with your man, as they are not attracted to gossip.

14. Mind your manners, be polite

Being kind and polite to others is the quality that every Pisces man looks for in a woman. The Pisces man likes to think of others rather than just himself.

Belching, talking loudly, swearing in public, getting too drunk and playing practical jokes are a big scandal for a Pisces man. If you enjoy these habits, the Pisces man is not right for you.

15. These men are very romantic

One of the endearing traits of a Pisces man is how romantic they are deep down inside. The best they find in even the simplest gestures, like bringing coffee to bed or leaving an "I love you" note behind, appeals to the Pisces
man. A candlelit dinner and roses in bed is enough to turn the Pisces man on in bed. You won't have enough to cuddle them in bed.

Pisces men are the perfect partner for you if you are looking for a completely romantic
person.

He is dreamy, passionate, a great lover and sometimes psychic. The characteristic that makes him the best match for you is his incredibly romantic nature.

To know this I suggest you read: Ways to tell if a Pisces man is in love with you and likes you.