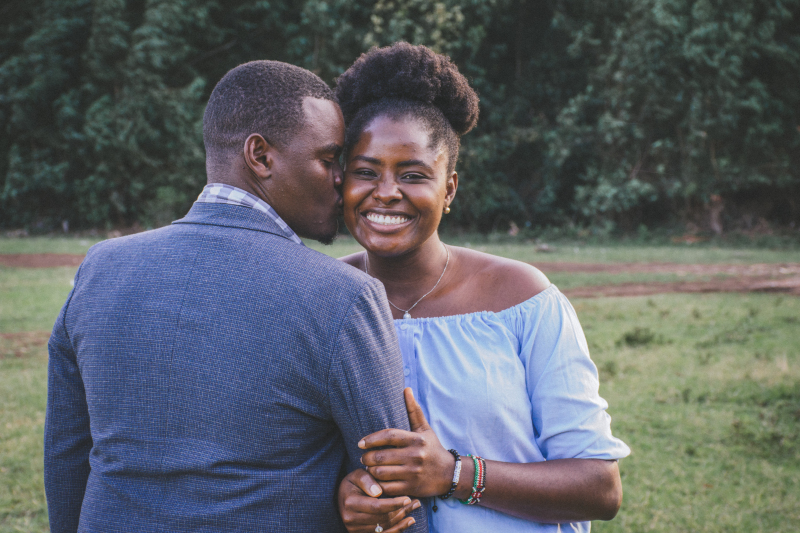 ✓ They aim to maintain a certain balance.
✓ They are loyal and kind.


✓ They have varied interests.

Aries natives are very impulsive in their relationships, never hesitating to go for the prize and make the move on whoever catches their eye. Confessing their love is not a problem, and they will not beat around the bush like other people do. There is, however, one thing that makes them lose their minds, and that is routine.

If their partners don't like to get involved in new things, if they are not sociable or outgoing, then it's basically a lost game. Arians are intense, passionate, enthusiastic, and would want someone with the same interests and feelings
to walk beside them.

This sign is wildly fiery, usually the one who takes the initiative when it comes to romance. When they are interested in someone, they move quickly to catch them. This can give him away.

To keep the attention of an Aries, their partner needs to be as energetic and exciting as they are. This is why Aries loves passionate affairs so much.
However
, when they are really in love, it is usually for long periods of time or for life. In relationships he needs to feel fulfilled, there must always be a touch of "pepper" and excitement in the relationship in order to maintain it over time.

A loving relationship with the Aries man

The Aries man is very flirtatious, determined and intense. He is a fiery and stubborn individual who will not take no for an answer.

To attract his attention, it is best to turn up the excitement and happiness level, and show him how exciting and interesting you are, how much fun it is to be around you.

Generally, Aries men will like it when a woman doesn't make it easy for them or when she challenges them a lot. If she is hard to get, that means he will have to put a lot of effort and passion into getting her attention and attraction.

This only makes him happier because he can use that fiery energy in a way that leaves him satisfied and fulfilled.

Let him do the impossible, act the way he wants, give you great gifts, act like you are the woman of his dreams. Just seeing how amazed and surprised you are will make him feel good.

A loving relationship with the Aries woman

Aries women, with solar blood coursing through their veins, are more likely to burn and tear the world apart rather than heal it.

You will never feel that something is missing with this woman. She is passionate, intense, with a certain sexy, feminine spice that keeps you going.

Plus, her independence and financial security can only mean she is determined, ambitious and has plans of her own.

For a long-term relationship, she will devote all her time and attention to her partner, to the blossoming of the bonds between them.

The Aries woman seems to succeed in everything she does thanks to her natural abilities and passionate personality. She puts in the effort required, and does so very efficiently, despite all the impulsiveness innate to an Aries.

Her sociable and communicative approach to life brings many friends into her environment, but no matter her thoughts or problems, she will not hesitate to devote herself 100% to a relationship.

However, she will not accept an abusive relationship, one where she is dominated and held against her will, where the partner makes all the decisions without asking her opinion. Moreover, she learns that she can become very jealous.

A relationship with everything you need

In relationships, Aries individuals want to be independent and have the freedom to do what they want when they want. They despise rules and regulations that inhibit their freedom, and hate even more the kind of people who are traditional.

They like to assert their willpower and dominance in a relationship, so they will try to take the initiative from the start, making all the decisions.

If it happens that their partner is also a resolute and determined person who feels the need to take the reins, then there will be conflict.

In addition, they do not like to be criticised or advised because they believe they are doing the right thing.

Aries as a couple is also very passionate and intense, dedicated to the relationship to the fullest. They want to create a safe and harmonious environment, to care for their partner in the most loving way possible.

Aries people are kind, generous, and are eager to achieve success, a state in which they feel satisfied with the situation.
Aries natives take a long time to get to know the other person before they commit to something, but when they do, they become very loyal and affectionate. If they knew that their feelings were reciprocated, then they would put all their energy into nurturing their partner's love.

One of the greatest faults of Aries men and women is that they are too impulsive and cannot fully control their emotions.

In a relationship, you have to pay attention to what the other feels and wants, to maintain a certain balance, to take more things into account. Well, they don't do that.

Moreover, they are rushed, agitated and too dynamic, killing all patience and sensuality. These people have a lot of energy that ends up being expended in a matter of seconds, like rocket fuel. For a while, they are incredibly active and overwhelming, then they simply deflate.

You may be surprised to learn that Aries lovers are so energetic and dramatically inclined towards overwhelming intensity that they want a conflicted relationship.

If they don't have to work hard and fight to get someone, then they are not satisfied. They want to suffer, to feel the hardships that are on the way to the cherished goal.
They
love complicated people, those who seem to be unavailable, those who are hard to get. Once the fire of passion burns, nothing will stop them from burning the world, and they know it very well.

The only slight problem here is that they want to find a strong relationship that will fly to the skies, but their lack of patience and impulsive nature will make this goal quite difficult to achieve.

They have many passionate plans and ideas to implement, and if their partner goes against them, they become annoyed and enraged.

Their passion is not to be trifled with, but they are not bad at heart. The moment they succeed in satisfying those longings, everything becomes calmer and quieter, savouring the ripe harvest, but that will last only a short time.

Aries Horoscope Love How it is in love