How to seduce the Aries man 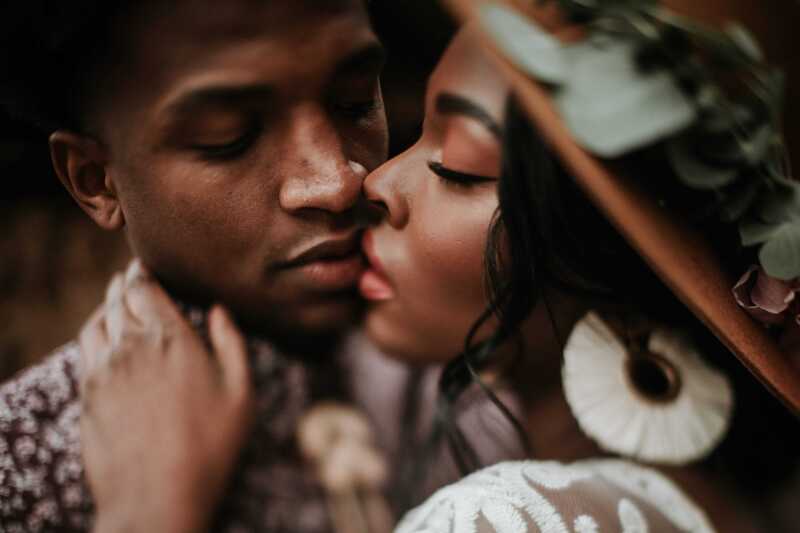 If you want to seduce an Aries man, all you have to do is keep his interest alive, because he tends to get bored very easily, and will need a lot of attention to avoid it.

Make sure you never ignore him, and surround him with a lot of messages, calls and dates, because he loves attention and knowing that there is someone in the Universe who thinks about him all the time and cares for him unconditionally.

Seduce your Aries man with these 5 tips:

- Switch from hot to cold from time to time.
-
Keep his interest alive with sensual surprises.

- Don't complain or show your weaknesses when they challenge you.

- Contribute to his plans and help him carry them out.

- Make him believe that he is still the hunter and you the prey.

You'll know he's yours forever the moment he starts making plans with you - it may seem like he's taking it lightly, but he's not.

The Arian: a man of adventure

Arians are very determined and ambitious people, so you don't have to worry about who is going to make the first move if you are the shy one in your group of friends.

All you have to do is give them a slight suggestion that you are available and willing to flirt, and they will take care of it without a problem.

Aries men are very generous and compassionate with the people they feel close to, and their partners can be sure that they will receive the best treatment in the world from one of the most loving astrological signs around.

In addition, they feel it is a good idea to talk a lot, and communicate about each other
's likes and dislikes, dreams and aspirations, because they are both going to achieve them in the future, together.

Being a fire sign, the Aries man loves the adventure of love, facing anything full of mystery and obstacles. He wants to know, to seek out new territories and learn about new cultures, so make sure you tell him about your desire to visit many new and interesting places, because he will fall in love with you immediately.

Adrenaline should not be missing in your life, so be open to try many experiences, just to keep him interested, but if you are an energetic and spirited person, this will not be a problem for you, and he will love your style.

Hiding things and keeping secrets is taboo for Arians, and they can't even think about why people would do that in the first place.

If the relationship is not based on mutual trust and understanding, then what kind of relationship is that? As such, they are very honest, upfront and straightforward about how they feel, what they like or dislike, and will not keep their emotions hidden.

In addition, they want their partner to be someone daring, bold enough to keep up with their energetic and enthusiastic personality. If you are the type of woman who fears failure and never does anything new, then an Aries will probably pick up on that and back off.

Tips for seducing your Aries man

One of the most important things to remember about Arians is that they like to hunt their prey, to feel the thrill of the hunt, the adrenaline rush you get when you have to use every method at your disposal to succeed. And this same feeling is found when chasing a woman, and the key word here is "chase".
So
, if you don't want her to get bored easily and find the whole thing a tedious affair, then you need to feed that hunting instinct of hers. It is an absolute necessity.

If you are about to go on a date with an Aries man, and you have no idea how to dress, don't be shy. Dress in spectacular style, he will appreciate your good taste, and he will be proud to have a beautiful and confident woman by his side.

He loves the good smell of a woman, and if you choose a particular perfume, he will always think of you when he smells it, which is good, if you think you are above the rest.

Challenge him, he loves to be challenged, and live in adventure, and you will have him forever in your life.

Arians are basically the best hunters there are, when it comes to tracking and catching their prey, but they need to be put on the right track.

They will not waste time if everything is shaken by uncertainty, and on top of that, they are not the most perceptive individuals.

Whoever wants to talk to him, and maybe more, will have to write a banner, set it on fire and wave it for all to see.

As soon as he sees the clear signal, only then will he start his approach. See, that wasn't so difficult, was it? Openness and a straightforward attitude is all it takes to seduce the Aries man.

Don't stress the Aries man too much, because he loves to keep his independence flourishing. If you are jealous, you should know that this kind of behaviour annoys him a lot, and it could even lead to a break-up.

Give him space to be alone sometimes, and reassure him that you will always be there for him. I assure you that in the end you won't complain, because he won't get bored with you, and that means he will fight to make you happy and to keep your relationship strong, romantic and full of spontaneous moments.

Arians are legendary for their fear of commitment, because it scares them, all the responsibilities, plus there is not the same amount of freedom involved.

You have to do things every day, things that start to become part of a routine, it all gets very boring very quickly.

So, as a woman interested in one of these men, never try to rush things, and take it one step at a time. It is a fact that when the bond between the two of you becomes deep enough, you will bring up the subject without any outside interference. You also want a happy and fulfilling life.

What you're up against

It's quite simple, really, to get this Aries man interested in someone, and to get him to pull out the big guns.

However, you might want to watch out for that innate resistance of the Aries man to being seduced. He really believes that the roles should be reversed and that he can't play the role of the prey.

All you have to do is make sure you arouse his interest in a big way, acting as the innocent, naive and even scared little dove who wants to be protected by someone bigger and stronger.

Make sure you play your role to perfection, allowing her to feel the control she needs, and things will be just as perfect.