Here's how each Zodiac sign enjoys a night of casual sex 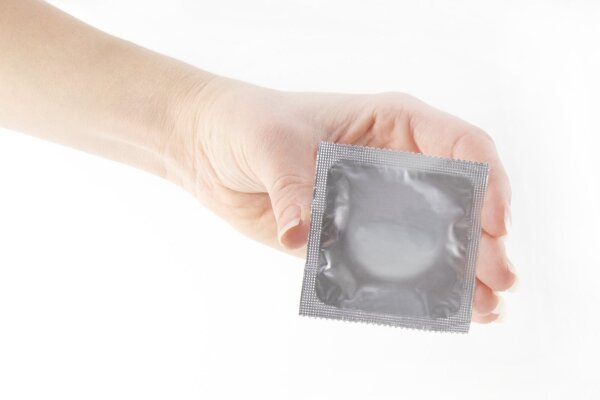 Aries are kinky AF. They are fearless. They don't care what you think of them if they do X, Y or Z. They'll break out the toys, role play costumes and restraints. They know they'll probably never see you again anyway, so they'll have as much fun with you as they can. There are two things on their mind, having a good time and getting that big O.

The Taurus has sex in a one-night stand as much as any other time. They know what they like and they stick to it. They're not going to try something new or venture out of their comfort zone to make someone they'll never see again think they're fun and exciting. They're going to do what they do best and that's what they've always done.

The Gemini goes all night. They don't want it to end. If it's only going to be for one night, they're going to make the most of it. They don't mind losing sleep or going to bed, they will stay up all night until both parties are satisfied.

Cancers keep their one-night stands pretty vanilla. They don't like to have them because they only like to be intimate with people they know and trust. If they are going to have a one-night stand, they will most likely keep it under the covers and go to the bathroom to put their clothes back on. They do not like the idea of a stranger seeing them naked.

The Leo will take full control. They will turn and position the members of their one-night stand in every way and will have no trouble giving instructions. They will definitely keep the lights on because they love to be naked. They probably have a mirror somewhere in their bedroom that is positioned just right so they can see themselves having sex without it being obvious. They just want to know what they look like in every position.

The Virgo is all in their head during a one-night stand. They have trouble enjoying it because they worry about what the other person thinks of them, which immediately turns into a buzz and a killer boner. They wonder if this person thinks they are doing it all wrong or if they are even enjoying it. Virgos are not particularly fond of one-night stands.

The Libra likes to make sure that their one-night stand is satisfying. They don't think it's fair for them to be the only ones getting off, so they will go out of their way to make sure that whoever they sleep with does too. They will definitely reciprocate, especially if it's oral, and they will go all out.

The Scorpio will be super sensual. They will take their time and engage in lots of foreplay. They will not rush the moment. They will make it hot and heavy. They will make their one night stand want it so badly, they will beg you to have sex now, and then make you orgasm like never before.

Sagittarius sees a one-night stand as an opportunity to try new things. They figure they will never see this person again, so they may as well try a new position or do something they have always wanted to try. It's the one-night stand that suggests things you've never heard of.

Capricorns play it safe. They won't let you spend the night, and will want you to leave when it's over so they can keep up their evening routine. Chances are they have to work in the morning and have no intention of having lunch with you.

Aquarius are shy at first, but by the time they are done, they want to go again. They are quiet and reserved, but they have a lot of energy. Once they are comfortable and warmed up, they let that energy out and have fun.

Pisces is a romantic one-night stand. They definitely have a sex playlist with super sexy songs that they hope will set the mood. They probably have several candles scattered around their bedroom and will take the time to light them before things get started.