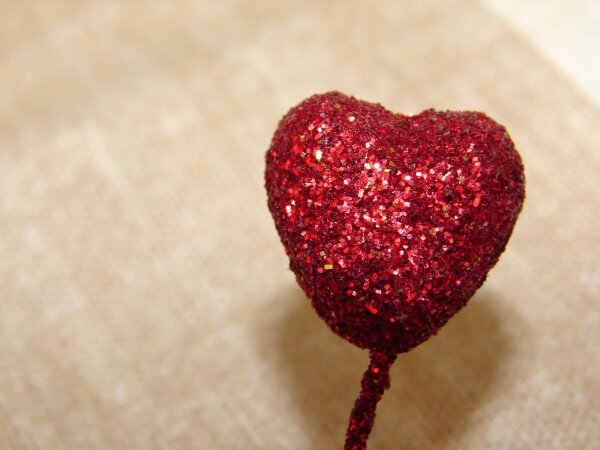 A free spirit that is hard to pin down, that's how you can describe a Pisces man. The fish always escapes and is hard to catch, just like Pisces.

Have you ever seen a fish happily entangled in a net? You haven't, have you? Pisces is like that. They will find ways to evade the web of relationships.

If you are in a relationship with a Pisces man, then you probably know exactly what I am talking about.

As his partner, you must have put a lot of effort into trying to understand and be patient with him to make the relationship work. However, he may seem unflappable.


Before we get into the 10 ways to know if a Pisces man loves you, let's go over the characteristics of Pisces men...

Crazy things a Pisces man does

He can remain faithful to someone for years without entering the institution of marriage.

The Pisces man is the one who may even call an escort agency if he feels lonely.

You may find all this rather strange, but a Pisces man does not care what society thinks of him.

When someone is not available to a Pisces man, he falls in love with them and tries to hold on tight. Somehow, they can be a bit messed up in their heads.

When they find a girl for themselves, a Pisces man believes that he has found the ideal partner for himself. Eventually, the Pisces man will end up with the girl of his choice, only to find another one (if this is your case, I suggest you read How to get a Pisces man back).

The interesting
part of this dating game is that all these girls are very different from each other. Pisces never goes into a relationship half-heartedly. They will make the best of their relationships.

Pisces men are not ones to hold back their emotions. When they are in love, you can really tell they are.

Halfway through their love relationship, Pisces realise that they have the wrong partner. So what do they do next, stick with it or let it go?

A difficult question to answer. Actually, he lets her go because he has found someone who is more suitable for him. Her charming and inspiring personality helps him get out of situations that usually cause problems for everyone.

He seems to be lost in his world, where he can foresee the future. Rather than today's activity, he is busy contemplating future predictions.

He comes across as someone who is out of touch with the real world, but that is far from reality. A Pisces man is not too fond of daily activity, but still fulfils his duty out of obligation.
Because of his gentle nature, he is at his best when he is doing social services.

If your view on matters is different from that of a Pisces man, then you will have to put up with his temper.

Although he presents himself as someone ordinary, but once he opens up, you will be impressed by his charismatic nature and intellectual analysis.

10 characteristics that prove a Pisces man's love for you

The Pisces man has his own world that he doesn't let anyone into, but if he is allowing you into that space, then you could be someone really special.

The Pisces man is shy by nature and loves to be alone mostly. You will find a Pisces man talkative and comfortable if he is in love. This trait of his sometimes gives the wrong signal to people on the outside. But, to pair up with Pisces, you will have to share a common ground of interest or be on the same page with him on an important issue.

Pisces looks for emotional
support, and once they get it from someone, they are ready to respond.


1. Their eyes will say it all

No matter how much the world tries to take him away from you, he won't even care about that. He is absolutely loyal to you and would prove his love for you every day. He is a die-hard romantic, so if you want to reward his loyalty, be romantic too. To know more about this point I suggest you read: Is the Pisces man faithful?

This is a personality trait that most women admire. A Pisces man will always be in touch with you. He will text or call or email you to keep you connected.

If he can't reach you, then he might try other ways to communicate. But in any case, he will only rest when he has been able to establish some kind of contact with you.

You will start receiving flirtatious messages or he will send you the link to some interesting article every few hours.

Many independent signs may misinterpret the Pisces man for this trait, but he is just trying to keep in touch when you are not present by his side.

If your Pisces man is doing this, then it is a clear sign that he is in love with you. It could be that he is not aware of his own feelings and that is why he has not proposed to you. Anyway, you should enjoy all the love and affection that comes your way.

When a Pisces man falls in love, his behaviour towards that person changes. He will consult you about everything and respect your opinion on the matter.

The decision will no longer be personal. Instead, both of you will be involved in the decision making.

If suddenly his behaviour changes towards you and he is asking for your opinion, then it is one of the signs that he is in love with you.

He seeks your point of view on certain matters, and his thoughts are very important to him.

Pisces men are indecisive by nature, so when they seek your opinion, he is really looking for guidance. This personality trait of a Pisces man makes him quite lovable.


5. Pisces discovers your presence in his future.

A Pisces man's personality trait restricts him from making a future
plan, but what he does do is to have an idea of what he wants to do in the future.

When he is in love, he will try to imagine you in that space and will be happy for your existence.

The Pisces man will feel that if you are with him in the future, then his life will be much happier and healthier.

Pisces is never a planner. He has a vivid imagination, and he uses this imagination to visualise his future. So, if you are the perfect match for him, then he will imagine you in his dream house.

The Pisces trait will make him happy just imagining the future. He will consider you in his future only when he is sure that you are the perfect match.

At any time, if he feels that you are not the right partner for him, then he may show an absolutely different characteristic.


6. A knight in shining armour

So, you're in a hurry, dial the number of a Pisces man. He will never leave you alone. Pisces is famous for their helpful behaviour. If they can sense someone has a problem, they will go out of their way to help.

They won't leave your side until you are safely home or are quite relaxed. They are always just a phone call away.

So, just think... if they can be such a helpful soul to strangers, then how will they treat the one they love?

Although, in general, Pisces is helpful, this is also one of the characteristics that show they are in love with you. Their behaviour will help you understand the difference.


7. Making you happy is their only goal
A Pisces man is absolutely selfless, and when he is in love with you, then his selfless characteristic will make you feel like a queen. He will work hard for you and help you in every aspect just to make you happy.

It seems that the only aim of a Pisces man is to find happiness for his partner. He will spoil you with different delicacies and plan surprises for you on every occasion. Believe me; they will work out different plans every time. They will go out of their way to show that they really care about you.

Extremely sensitive by nature and this is what makes them empathise with people on a completely different level. He understands people very well and probably the best of the rest of the signs. Everyone enjoys his company.

If someone is feeling really down, a quick conversation with a Pisces will make them feel better. So, if you are in love with a Pisces man you will find him going the extra mile to make you smile. He may not be very good at solving any problems, but he will listen to you and when you are done with the conversation you will get a clear perspective on the matter.

A Pisces man will never approach you directly. Even when he is in love with you, he will indirectly propose or make gestures that will show his love towards you instead of going straight out. It is because of his shy nature.

You had a fight with this Pisces man and he disappeared into thin air. You are confused because you don't know what happened. He is away from you because he is hurt. Why is he hurt because he loves you and didn't expect this kind of behaviour from you?

If you are dating a Pisces man or if you like a Pisces man, then you will have to be extremely cautious in handling him. He can be overly temperamental at times. Be prepared to share your life with someone who stays more in his dreams than in reality.

I suggest you also read: Making love to a Pisces man